This is a headline

The JN-4 was an improved version of the earlier JN-2 which Glenn Curtiss first built in 1916. It was powered by the newly-designed Curtiss OX-5 V8 90 hp engine, and had a top speed of around 75 mph. It was a well-constructed plane with a dependable engine, but it was mostly wings and tended to be temperamental about landing. Many pilots jokingly commented that this made it a good trainer, because “If you can fly a Jenny, you can fly anything!”

On May 25th, 1917, the Joint Army and Navy Technical Aircraft Board met and recommended that 3,500 JN-4 training planes be purchased, and by the end of the war, over 2000 more than that number had been manufactured by Curtiss and other companies under government contract. It was the existence of this large number of Jennies that gave the plane its significant role in American aviation.

When the war ended, hundreds of Army-trained pilots returned home, determined to continue flying as civilians. But there were few commercially-built planes available, and none available at a price that most of the returning airmen could afford. But there were the Jennys – thousands of them, in fact, crammed into government warehouses and on flying fields. There were also thousands of extra OX-5 engines and spare parts. In 1919 these were declared surplus and offered for sale to private individuals. Thus, American general aviation began. 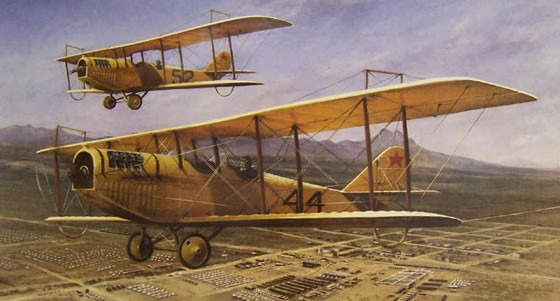 Thsi isa. split side by side column 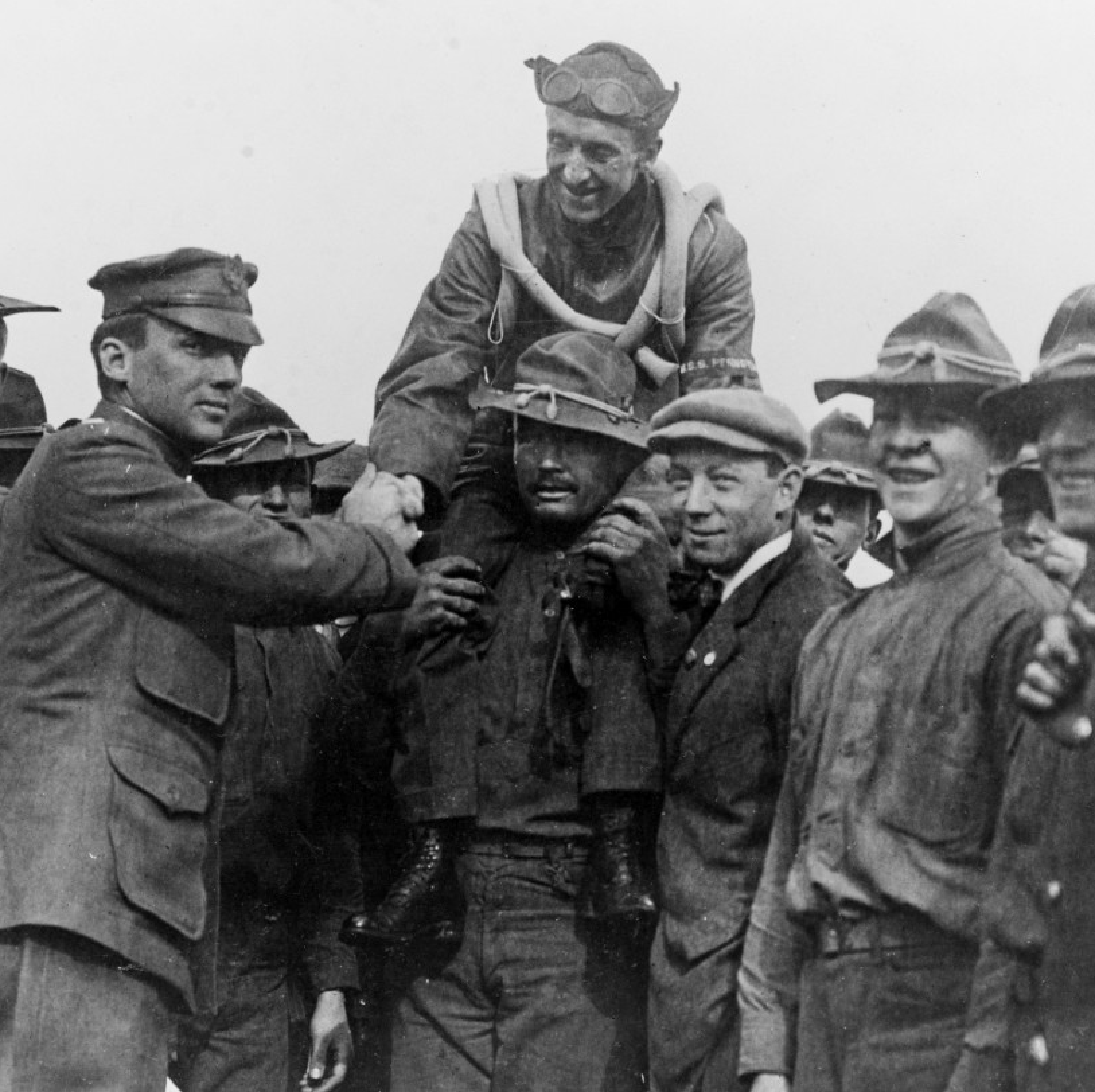 Although the whole business was rather haphazard, if not downright menacing – the barnstormers performed an important function – they kept aviation in the public eye during the lean years following the war and in general, introduced the whole country to private and commercial flying. During the 1920s, the Jenny was most people’s first contact with airplanes or flying, and it got thousands of them into the air and down again. Moreover, it was this type of flying and these pilots who created the need for more airports with better runways, plus rotating beacons for night navigation. Less intentionally, they also pointed up the need for better controls and regulations to make flying safer and more dependable.

From the ranks of the early Jenny pilots came the men who founded commercial aviation. Many went on to build themselves permanent hangars and offered charter service and flying instruction. Many others competed for government airmail contracts and went on to establish the first regularly scheduled air carrier routes – the same routes which were later flown by passenger airlines. Behind this chain of developments was the Jenny, which actually pioneered airmail services prior to 1920.

In the late1920s, the faithful Jenny gave way to a new crop of planes with better engines and engineering improvements that provided longer range, higher speeds and bigger payloads. But had it not been for the Jenny, there might not have been a market demand for improved planes, or many pilots to fly them, or passengers willing to take their feet off the ground.

A complete Jenny, ready to fly, could be purchased for as little as $300; OX-5 engines for around $75. This made it easy for anyone to get into the flying business on a shoestring – and many did! They became private pilots for hire, established charter flying services, opened small airports and numerous one-man flying schools. But the biggest and most spectacular business of all was barnstorming, and hundreds of pilots became the “Gypsy Fliers” whose only saleable commodity was thrills and excitement.