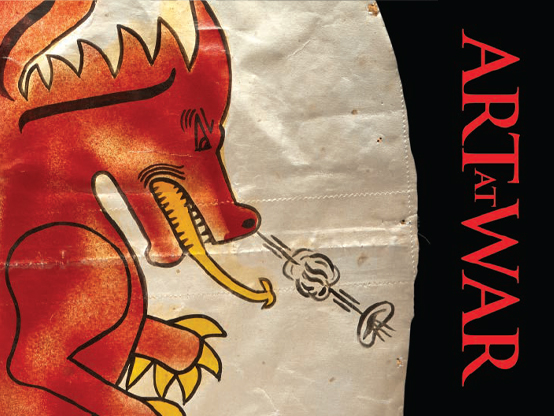 Never meant to survive long-term, squadron insignia like those in our collection were often roughly-painted art on the fabric fuselage of early aircraft. These images of pelicans, cartoon characters, dragons, etcetera, came to be far more than just identiﬁcation painted on an expendable aircraft. These pieces united crew members, represent the emotions of war, and the lives of the pilots and crews. The squadron insignia within this exhibit represent aircraft, pilots, crew, and nations across decades of history, from France and Germany, to the United States, around the world and back again. Each tells a story of bravery, sacriﬁce, camaraderie, luck, and fear.